Economic Freedom is the Foundation for Innovation and Efficiency

Economic Freedom is the Foundation for Innovation and Efficiency

Free economies are hubs for innovation and technological progress.

Farmers and ranchers are essential to putting safe, secure food on the table for families in the United States and around the world. The people working in the domestic agricultural sector are also among the world’s leading innovators.

The incentives for people to innovate, create, and make products that consumers need and enjoy are immense and widespread. Motivations range from cutting costs, helping people, saving the planet, or establishing a legacy as a person who made the world a better place. It is unmistakable that the health of the planet and the people on it will benefit from more Silicon Valleys and the policy frameworks that allow Silicon Valleys to emerge organically. Free economies are hubs for innovation and technological progress. New inventions and rates of technological change reduce pollution and solve environmental problems more cost effectively. Andrew McAfee, principal research scientist at MIT Sloan School of Management, compellingly argues in his book More from Less:

Whereas throughout the Industrial Era increases in human population and prosperity came at the expense of the earth, that pattern no longer holds in America and other rich countries. Instead, we’re now able to improve the human condition while also treading more lightly on the world: consuming fewer resources, using less cropland, reducing pollution, bringing back species we’d pushed to the brink of extinction, and so on.

McAfee points to capitalism and technological progress as the primary reasons for this shift. Both small and large technological improvements can make peoples’ lives more convenient and more enjoyable while minimizing environmental impact. Progress comes in many ways: phone apps that make public bus routes more efficient by bypassing empty bus stops.[1] It comes in the form of natural sprays that prevent fresh fruit and vegetables from decaying in the grocery store.[2] Or it can come from breakthrough advancements like small modular nuclear reactors that provide affordable, emissions-free power.

On a larger scale, the result is big gains in efficiency and productivity and hence, more from less. In the United States, efficiency improvements are strongly evident in energy consumption and agricultural production. For more than half a century (and prior to energy efficiency standards) energy intensity has improved dramatically.[3] Measured by energy consumption per dollar of output or gross domestic product, the U.S. Energy Information Administration estimates that “By 2050, the domestic energy consumption associated with each dollar of U.S. economic growth is less than half of what it was in 2005.”[4] Notably, the efficiency improvements will occur in all major energy consuming sectors of the economy (industrial, residential, commercial, and transportation).[5] The U.S. is one of several dozen countries that have been able to decouple economic growth from carbon dioxide emissions, even after accounting for offshoring production.[6]

American farmers depict another success story with respect to significant efficiency gains. Farmers and ranchers are essential to putting safe, secure food on the table for families in the United States and around the world.

The people working in the domestic agricultural sector are also among the world’s leading innovators. By investing in new technologies, inventing new techniques, and identifying cost savings, farmers and ranchers have dramatically improved their efficiency. They are generating higher yields with less land, labor, and other input costs.

A 2018 U.S. Department of Agriculture analysis of farm productivity found that, “[i]nnovations in animal and crop genetics, chemicals, equipment, and farm organization have enabled continuing output growth while using much less labor and farmland. As a result, total agricultural output nearly tripled between 1948 and 2015—even as the amount of labor and land (two major inputs) used in farming declined by about 75 percent and 24 percent, respectively.”[7]

Agriculture analysts Alex Smith and Dan Blaustein-Rejto of the Breakthrough Institute estimate that, “If US corn yields had remained stagnant from 1961 to 2020, corn farmers would have needed additional land the size of France to produce the same total amount of corn in 2020.”[8] 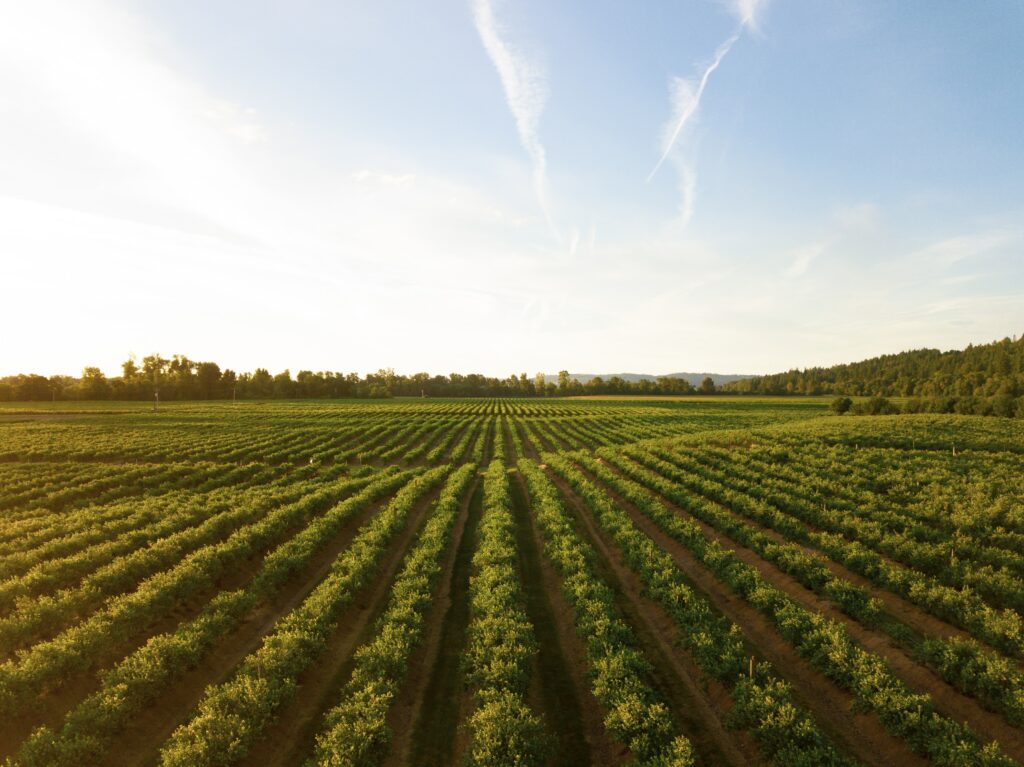 The Dutch, who ranked eighth in the Index of Economic Freedom, are another model for agricultural efficiency. In 2017, National Geographic profiled the Dutch agricultural sector as the future of farms and sustainable production.[9] The article details how family farms collaborate with scientists and research universities to continually innovate and produce more food with fewer inputs. By significantly reducing the use of water, pesticides, and antibiotics, Dutch farmers are making good on the country’s goal of producing “twice as much food using half as many resources.”[5]

Given the notable economic and environmental benefits of productivity gains, it is important to underscore the policies and laws that empower innovators to innovate. The emergence of Silicon Valley or more recently, Silicon Slope in Utah, is not as simple as following a recipe in a cookbook. The culture of risk-taking, consumer-driven focus, readily available venture capital, diverse talent, and world-class research institutions cannot be built overnight or easily replicated. Nevertheless, federal, state, and local governments can enact policies that encourage and support more innovation. The conditions that make a country economically free (open markets, rule of law, protected property rights, lower tax burden, and regulatory efficiency) are the same conditions that incentivize more innovation, investment, and entrepreneurship.

One measure for analyzing a country’s regulatory climate for starting and operating a business is the World Bank’s “Ease of Doing Business Index.” The World Bank uses ten major indices including: “starting a business, dealing with construction permits, getting electricity, registering property, getting credit, protecting minority investors, paying taxes, trading across borders, enforcing contracts, and resolving insolvency.”[10] Similar to the relationship between the Index of Economic Freedom and Environmental Performance Index, a strong, positive correlation exists between the ease of starting and running a business and environmental performance.[11]

Although the World Bank discontinued the report after an investigation found instances of data manipulation (artificially increasing the scores of China and other countries), the importance of the relationship still holds true. In fact, findings of data manipulation indicate how important these factors are for innovation, economic competitiveness, and environmental well-being. China and others were willing to pretend to be good places to start a business, if only to encourage other people to invest there.[12]