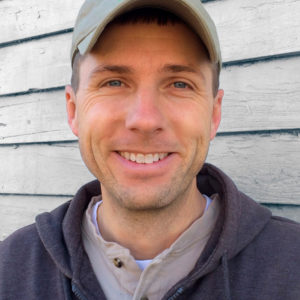 Justin Knopf is the farmer in the acclaimed book and Netflix film “Rancher, Farmer, Fisherman.”

After graduating from Kansas State University in 2000, Justin spent three years working in the seed industry as an agronomist before returning to the farm full time.

Justin and his wife Lindsey live east of Salina, KS, with their three children.